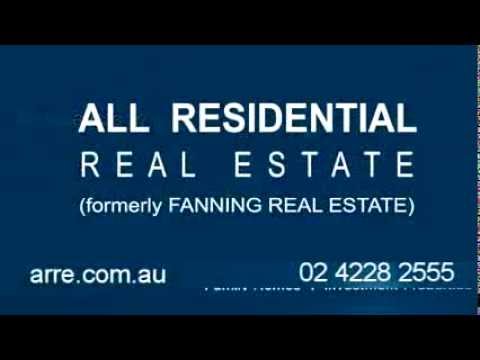 Ocean.  82 kilometres south of Sydney, it has a population of 292,190 giving it its status of New South Wales’ third largest city and ninth largest city in Australia.  Noted for its abundance of fabulous beaches, parks, botanic garden and scenic lookouts, the metropolitan area extends from Helensburgh in the north to Gerroa in the east and is administered by the Wollongong, Shellharbour and Kiama councils.  Geologically, the city lies in the south-eastern part of the Sydney basin which stretches from Newcastle to Nowra.  Home to many churches and two cathedrals, it is also the site of one of the largest Buddhist temples in the southern hemisphere, the famous Nan Tien Temple.

A city with a long history of mining and industry, the name Wollongong is believed to mean ‘sound of the sea’ in local aboriginal language although various other explanations are ‘great feast of fish’, ‘sound of the waves’, ‘many snakes’, ‘five islands’ and ‘song of the sea’.

With a distinct geography, Wollongong lies on a narrow coastal plain flanked by the Pacific Ocean to the east and a steep sandstone precipice known as The Illawarra Escarpment to the west.  The escarpment ranges between 150 to 740 metres above sea level, with locally renowned mountains such as Mount Keira (464M), Mount Kembla (543M), Broker’s Nose (440M) and Mount Murray (768M).  It contains strata of coal measures and the entrances to many coal mines were established along the slopes of the escarpment throughout Wollongong.  The lower slopes have some residential areas but the majority is still in a relatively natural state and is forested with dry sclerophyll and pockets of temperate rainforest. Providing a very scenic backdrop to the city, the escarpment is largely protected by local council zonings and a State Conservation Area.  The coastal plain becomes quite narrow in the north and Lawrence Hargrave Drive once precariously close to the cliff line until rock falls hastened its closure.  Replaced in

2005 by the Sea Cliff Bridge, it now carries vehicular and pedestrian traffic just off the coast, crossing the submerged rock shelf.  The South Coast Railway travels via several escarpment tunnels to reach the Sydney Metropolitan area.  The Southern Freeway and Old Princes highway also provide alternative inland routes, descending the escarpment at Bulli Pass or Mount Ousley.  In the south around Albion Park the plain reaches its maximum extent and incorporates a large coastal saltwater lagoon called Lake Illawarra which is separated from the Pacific Ocean by a long sandy spit.

In 2006, the population of Wollongong was 13,344 people with the majority   being people between 20 and 29 years of age. The largest sector of the population are those not in the labour force, and those in employment work as Professionals with most traveling to work by car.

There are approximately 5,986 dwellings, with the majority of these (68%) being Units or Apartments. 25.5% of properties are fully owned, with 15.3% of the properties being financed and 43% are owner occupied. Married people comprise 48% of the population and households in Wollongong are mainly Couples with no children.

A host of amenities and facilities serve the residents of Wollongong and these include 22 Parks, 17 Child Care Centres, 2 Primary Schools and 2 High Schools. Local

The current median sale price Houses, Units and Vacant Land in Wollongong is $371,212 compared to $385,609 for the Local Government Area of Wollongong.

The Illawarra Escarpment’s coastal strip is made of highly fertile alluvium soil which made Wollongong so attractive to the farmers and growers of the 19th century.  The coastline consists of many beaches showcasing the fine pale-golden sands.  The beaches are interspersed with rocky headlands such as Tego Rock jutting into the sea.  In places these headlands have been excavated to create artificial harbours at Wollongong, Port Kembla, Shellharbour and Kiama.  Just off the coast near Port Kembla lies a group of islands and a wildlife refuge known as The Five Islands.  The inner city area includes the suburbs of Wollongong and North Wollongong, extending from Para Creek to the north, west to include the Wollongong Hospital and south to the Greenhouse Park.

Wollongong’s CBD is a thriving commercial hub and contains department stores, specialty stores, restaurants and entertainment venues.  Centred around the Crown Street Mall the main CBD encompasses the area bounded by Market Street, Burelli Street, Corrimal Street and the railway lines.  There are parks, reserves and residential development surrounding the CBD area and multi-storey housing is becoming more popular, reflecting the popularity of combining inner-city living with coastal views and a beachside lifestyle.

Wollongong Harbour includes Belmore Basin, Brighton Beach, The Breakwater Lighthouse and The Head Lighthouse.  East of the city lies Flagstaff Point, a rocky headland with low cliffs and a grassy hill.  The northern side of this point was excavated by convict labour to form the Belmore Basin and was later extended to create Wollongong Harbour.  It is the site of a historic fort, two lighthouses and cannons.  The two lighthouses are a peculiar feature to the east coast of Australia.  The older Breakwater Lighthouse located at the harbour entrance was made out of wrought iron plates in 1871 and has become a beloved icon of the city.  The newer Head Lighthouse was built in 1936 on top of Flagstaff Hill and is still in use today.  The Belmore Basin is home to

the commercial fishing fleet and Fisherman’s Co-Op and the main harbour is home to private vessels.  Wollongong’s main beaches are the beautiful North Beach extending from the harbour up to Para Creek lagoon and Puckeys Estate Reserve, and Wollongong City Beach extending south from Flagstaff Point and onto Coniston Beach.