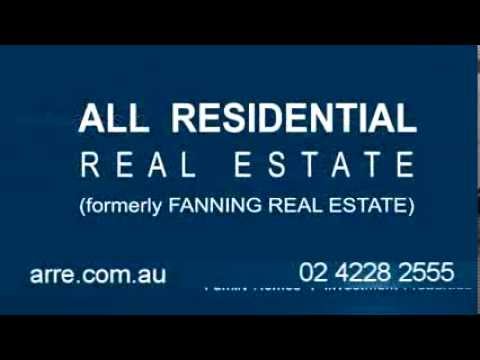 An extremely popular seaside town with locals and holidaymakers alike, Thirroul spans an area of approximately 4.9 sq km.  Located between Austinmer and Bulli it is roughly 13 km north of Wollongong and 69km south of Sydney.

A very scenic suburb, it lies between the Pacific Ocean coastline and Lady Fuller Park adjacent to Bulli Pass Scenic Reserve and part of the Illawarra Escarpment. Rather old by Australian standards, a lot of visible heritage still remains and it’s just seconds to stunning beaches, parks and cycle tracks as well as its own charming village centre.

Thirroul Beach is a famous landmark and the backdrop of the 400 metre high Illawarra Escarpment that attracts bushwalkers and hikers to northern Austinmer and surfers to both beaches.  The 1 kilometre long beach which is bordered by a grassy reserve is well liked by locals and visitors and is especially busy in the summer months.  It should be noted that swimming can be potentially hazardous because the beach has permanent and shifting rips, however, it is patrolled in summer by the Thirroul Surf Lifesaving Club, founded in 1907 and one of the 14 foundation Surf Lifesaving Clubs in NSW.  There is also a 50m ocean pool for those who prefer lap swimming.

The annual Thirroul Seaside and Arts Festival is held on the first weekend of April and its wonderful atmosphere draws thousands to art exhibitions and competitions, live entertainment and stalls, carnival rides and plenty of activities for the kids.  Sponsored by The Austinmer-Thirroul Lions Club, the Festival won the 2003 Illawarra Tourism Award in the events/festivals category. A huge sector of the community participates in the event’s organisation including sporting groups, performing and visual art studios, scouts, surf lifesavers, the general public and educational institutions.

The median sale price of price of Houses, Units and Vacant Land is   $593,261 compared to $387,055 for the Local Government Area of Wollongong.  Out of the approximately 1,829 dwellings, 74% are single family homes.  40.6% of the properties are fully owned and 32.3% are being financed.  75% of homes are owner occupied and 74% of the population comprise married couples.  The majority of those in the work force are employed as professionals with most travelling to and from work by car.  In 2006 Thirroul’s population was 5,016 with the largest range being in the 40-49 year old age group.